The Murang’a South Water and Sanitation Company Ltd (MUSWASCO), was incorporated 23rd May 2008 under the Kenyan Companies Act, Cap 486 and became operational immediately. The company is mandated via a Service Provision Agreement (SPA) of November 2011, to provide water and sanitation services to the three sub counties of Murang’a County namely: Kandara Sub-County, Kigumo Sub-County and Murang’a south sub-County. MUSWASCO is wholly owned by the Murang’a County Government under the Constitution of Kenya 2010. Tana Water Services Board is the current asset developer for the National Government, while the national regulator is the licensor of the WSPs as per Water Act 2016.

MUSWASCO area covers 3 administrative sub-counties in Murang’a County and the geographical coverage including served areas is as shown in the following locational maps. 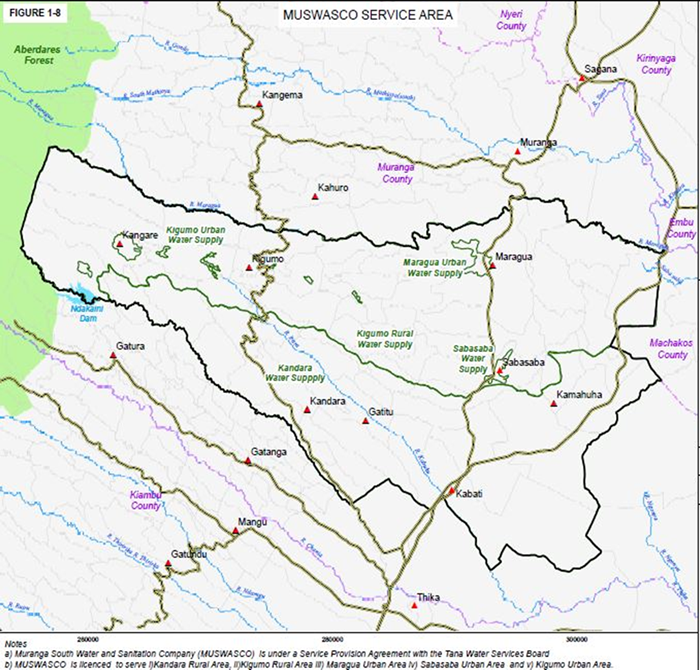 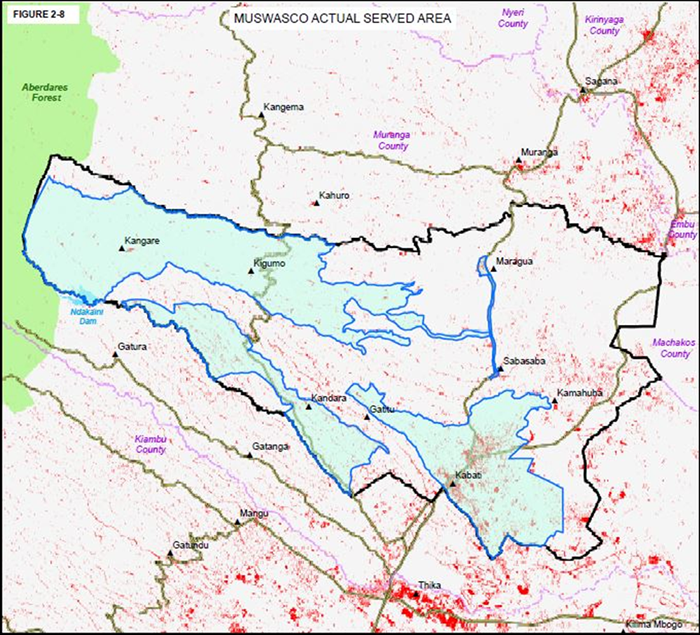